A TV may be the most important entertainment device in your home. It will also be a device that you will need to place where everyone in the room will be able to see. As a result, deciding where to place the television during installation can be a consideration that will demand much of your attention.

Ensure the TV Is Mounted to a Stud

Due to the fact that most modern televisions are flat screens, it is extremely common to have them mounted to the wall. This can make it easy to position the televisions without having to take up valuable floor space. Unfortunately, the weight of the television can lead to the bolts that hold it to the wall failing due to the sections of the wall being damaged. Avoiding this problem will require the mount to be anchored to the studs in the wall. Unfortunately, many homeowners will struggle with locating these studs, and this can increase the risk of this damage occurring. Hiring professionals to mount the television will avoid this difficulty as they will have tools that can reliably and quickly locate where the stud is behind the wall.

Be Mindful of the Potential Glare

As you are deciding where the television should be placed, you will want to be mindful of the way that the sunlight will enter the room. Failing to consider this will result in the television potentially having a very distracting glare on it. Due to the fact that the television will be mounted to the wall, moving it to avoid the glare can be difficult once it is installed. For this reason, you should be sure to choose an area of the wall that will not receive strong direct sunlight at any point. If this is unavoidable given the design of the room, an investment in thick curtains or blinds will be necessary for ensuring that you can enjoy watching the television during the day as well as at night.

Protect the TV From Electrical Damage

Electrical damage can be a major threat to a television as these devices will utilize delicate components that can be destroyed by electrical surges. When the television is being installed, consider taking the opportunity to also install a surge suppression system. For those that intend on the television being in the same spot for years, it can be worth the investment to buy a permanent surge suppression system that is connected to the home's wiring so that surges can be directed away from the television. If you think you may move the television in the coming years, an outlet-based device can be the most efficient option for protecting the new TV.

Talk to an in-home TV installation company to learn more. 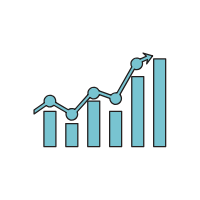 Regardless of what type of business you own, it is always about making the sale. Perhaps you are trying to sell clients furniture, or maybe you are trying to sell them on the idea that they need a haircut. Once you have a customer convinced to make a purchase, you deliver your best, and things move on from there. Some business owners could benefit from more tips and information on making the sale. Of course, information on other aspects of business ownership is nice to have, too. You can gather a lot of that information here on this website, where we discuss business in detail.

Why Every Family Home Needs To Have Radon Testing Done
21 October 2022
There are many ways in which parents make sure their home is safe for their children, whether that is putting special locks on doors that house cleani …

Why You Should Manufacture Army Rank Pins
24 August 2022
Army rank pins help identify an army veteran's status or the status of someone who is active military. If you are already manufacturing pins for other …

How Business Consulting Services Can Help Your Company
28 June 2022
When you first started your small business, you probably only had limited resources. During this time, business planning and management were rather un …